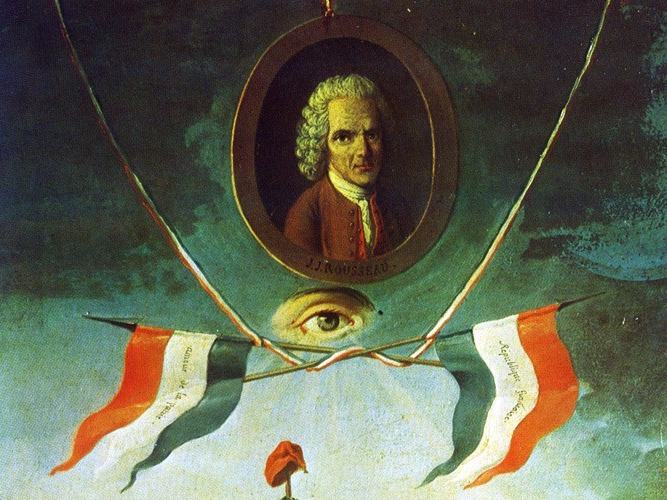 “Man is born free, and he is everywhere in chains” Jean-Jacques Rousseau

There are many issues plaguing modern society and, as throughout history, thinkers often ponder and debate solutions. They may treat each issue in isolation, but problems often have common roots in inequality which can be treated collectively with what Enlightenment philosophers call a social contract. Consider the following situation purposed by my professor in my PBA 545 Ethics course:

Suppose that the law provides certain rewards for solving a particular puzzle. Citizens have a limited amount of time and resources to use during in the endeavor.   Since not enough of these resources will be available for everyone to try comfortably, they are allocated historically as follows: Males will get to pursue the endeavor in more supportive environments that females, Anglo citizens get fifteen minutes each to solve the problem, Hispanic students will get ten, and African-American students will get five.  The wealthiest students will be able to consult problem solving experts and texts; the poorest students will need to “buy” texts for a cost of reduced puzzle solving time. This allocation can be changed–citizens have an opportunity to redistribute the time, environments, and texts among themselves. However, all citizens will be “reborn” just prior to the quiz, and will be assigned new identities randomly.

The provided situation of diverse puzzle-solving citizens shows an unequal and deeply unstable situation where some citizens have more resources to perform better or faster than the others. This situation seem foreign to some, but it is a reality for many people around the world. The question one should ask is how governments and people in the past have solved such inequality in the past, and apply it to the given situation. The solution was first clearly solved in the Enlightenment through what they called a social contract between the citizens. And just as the various events, economic mishaps, and tragedies have upset the equality and happiness of citizens, the invisible hand of general will has come through to bring society and citizens back into balance.

The very idea of a social contract has been discussed by philosophers and has become such a central instrument of Western Society, that it is almost a given. The two who have brought the idea to light are Thomas Hobbes and Jean-Jacques Rousseau who crafted the social contract to be a device for people to use to “come together to form a society” where they “accepting obligations of some minimal kind to one another and immediately or very soon thereafter binding themselves to a political sovereign who can enforce those obligations” (Honderich, 163). Given these criteria, those involved in the given circumstance would bring about the most equality, happiness, and stability by engaging in a social contract where all citizens would redistribute resources to make their tasks most fair. And just as the Constitution stays alive generation by generation, those involved in the experiment would be able to understand their own written social contract after they are reborn prior to each quiz.

One might ask, how citizens could know what is objectively best for everyone and why should the majority, minority, or best-off citizens should accept the social contract. Well, when examined, one would find that general will operate similar to the market within capitalism. Capitalism obeys the invisible hand of the market where “the public power purses the common well-being by mechanisms of political, administrative, legislative, and judicial authority” (Sucio, 241). This invisible hand is a kin to the invisible hand of general will that Rousseau credits with enforcing equality as per the social contract by having representation with the core concept of: “Each one of us puts into the community his person and all his powers under the supreme direction of the general will; and as a body, we incorporate every member as an indivisible part of the whole” (Rousseau, 61). This reciprocal commitment serves as a united and indivisible people who “no one can injure any one of the members without attacking the whole” creating an environment where each member of the situation given are benefited from obeying and defending the social contract. Of course, what goes into the Constitution is not pure general will, but laws enforced by each citizen and supreme administration which are the “holders of the executive power” who are “not the people’s masters but it’s officers” (Rousseau, 146).

These administrators (let’s call them public administrators), act as a sort of Socratian guardian of social order in what can be described as a “legalistic approach” to public administration which “relies on law-based priorities and processes to balance discretion/innovation and accountability” (Christensen, et al., 125). Now, if fixing societies inequalities and keeping societal priorities in balance was this easy, public instability would be a rare sight. But there are many issues, most notably for this situation, cultural and economic inequalities. Capitalism, for example, could work flawlessly with public interests and lead to more innovation to the benefit of themselves and the public. But when their main purpose is to maximize profits, the public could suffer at the hands of greed producing “negative adverse results” because they do not “calculate the ethical dimensions of their actions” on the society as a whole (Suciu, 241). This would then evolve into an unstable environment where inequality grows and the public suffers. This is where the administrators come in who balance “popular demands filtered through representative processes, effective executive power, and the protection of civil rights” (Christensen, et al., 127).

It is in this administrative state that works to promote equality through an ever-evolving social contract dictated by the Constitution. Cultural and economic events regularly test the balance of society, and often tips it – but with a set social contract ruled by the general will, the people through administration and government can continue to strive toward a better state. The United States Specifically utilizes a democratic system to balance law and general will with the needs and desires of everyone involved. The government should continue working harder to reflect the needs and wants of all citizens. The only trade-offs would be over reaching power of the government in which citizens may feel like they lose freedoms in exchange for more security or happiness of other citizens (eg, losing privacy through the PATRIOT Act, or registering guns in exchange for more security). Trade offs may also involve monetary losses as agencies seek to fund efforts to deliver to the public or redistribute resources.

Of all overarching goals societies strive for (equality of opportunity, income, the common good, liberty of personal gain, etc), the most important by far is the common good as it promotes and strives towards the most benefits for society as a whole in contrast to private, corporate, and theological interests. Plus, the common good may very well mean that equality of opportunity, income, or other virtues become a societal goal if general will values it enough to include it in the social contract.