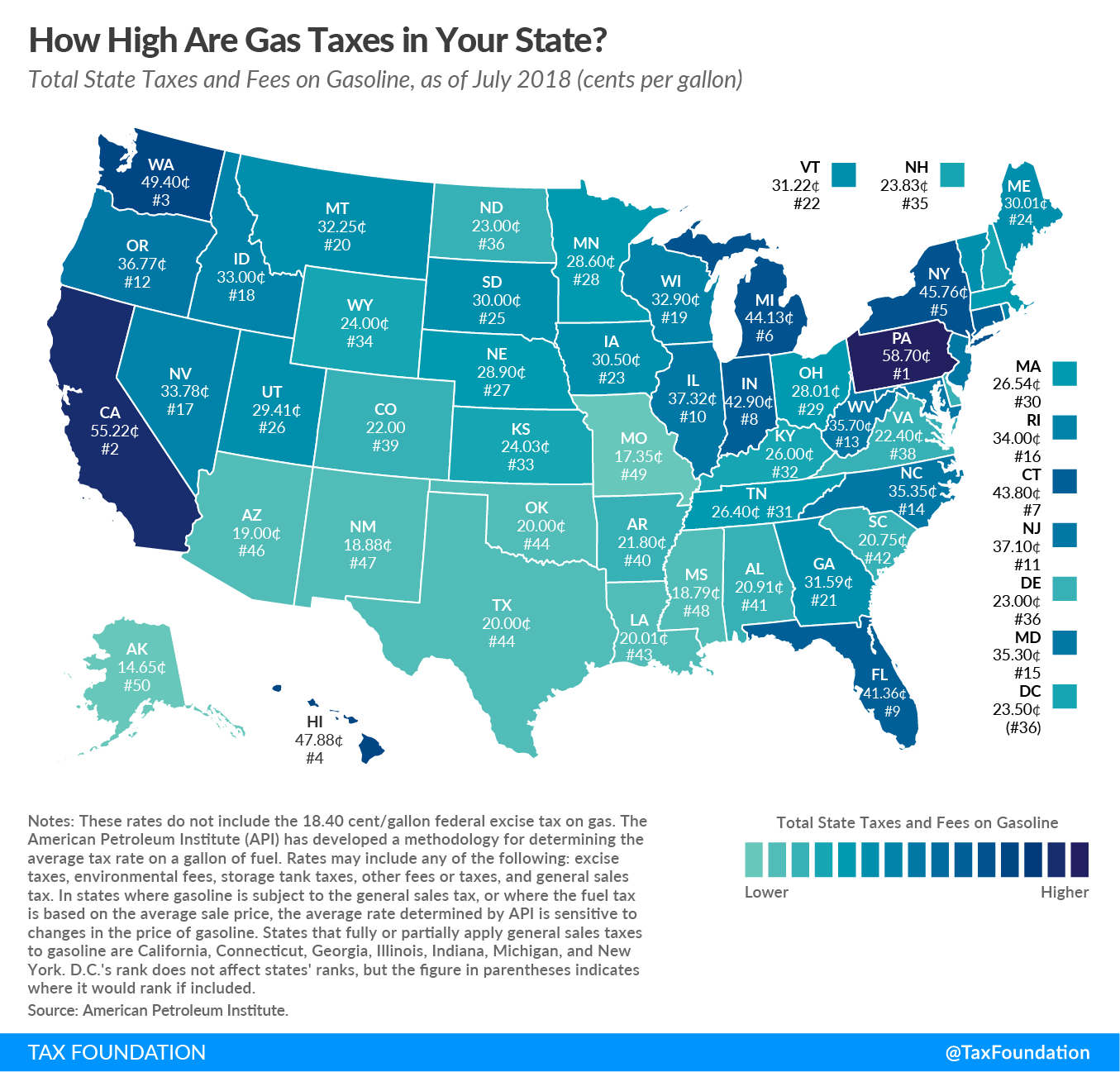 What congruent, regressive tax brings in billions of dollars every year dedicated to repairs and build new roads and infrastructure? That’s right, it’s time to get down to gas tax. The motor vehicle tax, or the gas tax, is an excise tax on gasoline and diesel fuels that charges motorists a tax, per gallon, to pay for highways, roads, and other related infrastructure – and seeing as a state like Texas uses thirteen billion gallons of gas and 4.5 billion gallons of diesel fuel, this tax can generate a lot of valuable revenue.[1] So valuable, many states as well as the White House are considering increasing the tax to meet inflation and/or fund massive improvements in the nation’s infrastructure.[2] [3] But even with gasoline prices so low, does it justify raising a regressive tax to fix crumbling infrastructure?

Federal fuel tax revenue raised $35.2 billion in 2014 alone and state gas taxes generate a few billion on their own ($3.4 billion in Texas in 2015).[4] [5] The motor vehicle fuel tax is an excellent example of the benefit principle seeing as “vehicle operators who purchase the fuel benefit from the locally maintained streets and highways”, reduced traffic congestion, and other commuting issues.[6] Gas tax is charged in a few different ways but it is usually charged at the pump or when it is taken out of storage when leaving the refinery – either way, the tax is passed onto the consumer in the price per gallon.[7] This tax various by area and state, the top three states being Pennsylvania, California, and Washington at 58.70 cents, 55.22 cents, and 49.40 cents per gallon respectively.[8]

Most gas taxes were introduced a century ago (Texas introduced the gas tax the same year SFA was founded, 1923) and has since paved the way for the increasing demand for roads and highways.[9] So the debate is not if gas should be taxed, it is by how much. Additionally, who should bare the burden?

The fact that the tax is earmarked for specific use seems to help people tolerate it. The more you use, the more you pay in tax – seems fair, and in some ways “a motor fuels tax makes more sense on a benefits basis than a general tax does”.[10] But to some the benefits received do not seem to outweigh the unequal burden the fuel tax puts on lower income motorists. There is the argument that the tax is not regressive at all claiming that the poor are more likely to own fewer cars, use mass transportation, and walk – there by avoiding the unfair tax burden.[11] It is clear the people who wrote this is not from Texas nor anywhere near a rural community where families actually do rely on multiple cars to drive to work.[12]

The debate is pretty much settled that the gas tax is a regressive tax with unproportional vertical inequity. People need gas, and seeing how low income drivers experience higher effective tax rates, it is a regressive tax.[13] The question of fairness and equality in the tax burden coupled with the other effects of increasing gas tax such as climate change concerns, need to be taken into consideration when increasing the gas tax.[14] With a dollar increase on one side, and matching inflation on the other side of the debate, the gas tax will increase and soon – making this a perfect time to ask yourself where you stand.

Taxes up when prices down

The very first time I ever considered gas taxes was in the 2008 election year when McCain and Obama briefly budded heads about the Gas-Tax Holiday where the federal government was considering lowering the gas tax during summer time to relieve Americans during peak driving time.[15] Sounds like a good idea, and the idea comes up everytime gas prices are on the rise (the cost of gasoline in 2008 rose as high as $4.10 per gallon) but some are arguing that the gas tax should be increased when the cost of gas is low.[16] New Jersey, for example, changes their gas tax depending on the price per gasoline and is currently taking advantage of the cheap gas, increasing the gas tax by 4.3 cents per gallon.[17]

President Trump, among others, has been pushing for an increase in the federal gas tax for some time now. The Federal gas tax has been set at 18.4 cents per gallon of gasoline and 24.4 cents per gallon for a diesel since 1993 – needles to say, this tax has been lagging behind inflation.[18] That means that the gas tax is still priced for inflation over 25 years ago, and in those 25 years, infrastructure use was increasing, leading to crumbling roads and bridges.[19] So the increase purposed by the President and others seems reasonable. But the real question is not if the gasoline tax should be raised but rather how much it should be raised. President Trump has purposed a 25 cent increase in the gas tax to pay for the infrastructure overhaul he promised (the tax would be 15 cents more if it kept with inflation).[20] [21] Some experts and Democrats have even suggested that the gas tax should be raised by as much as a dollar to handle the mass overhaul.[22]

A rise in motor vehicle fuel tax seems imminent, but how far should local, state, and federal governments push this regressive tax? The regressive nature of this tax puts undue pressure on low income families while the congruent, benefit principled nature of the tax seems to suggest that the tax is fair and even though the price of gas is down, any increase needs to be carefully considered.

[14] Thomas Sterner. “How Regressive are Fuel Taxes?” Resources for the Future, May 2, 2011. Accessed February 11, 2019 from http://www.rff.org/blog/2011/how-regressive-are-fuel-taxes-comparison-countries-around-world.